News
You are here: Home / News / News / Gas to be delivered your home through pipeline – First in Riyadh

Chairman of the Committee on Economy and E 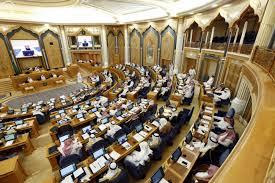 nergy Shura Council Abdul Rahman Al-Rashed said that the extension of dry gas housing and commercial facilities project will start first in the city of Riyadh as a first stage, followed by some cities in the Kingdom.

Al-Rashed added that it came after studies with six government agencies concerned, indicating that it was raising the project to His Majesty for approval and that he will see the light especially soon after near the end of the period of commercial concession “monopoly” National Gas Manufacturing Co. “GASCO” in 1439 AH.

According to Al-Rashed pointed out “economic” that the project will open the local and foreign companies to enter the national project, explaining that there is an amendment to the transitional period of commercial franchise, and corporate offerings to supply Riyadh dry gas to consumers.

He stressed that the Electricity and Cogeneration Authority will regulate the process of gas distribution, after the completion of their studies with the Commission and the Ministry of Energy and Industry and Mineral Resources.

The Shura Council has approved in the past month, the project dry gas distribution and petroleum gas liquid system for residential and commercial purposes.