Public transportation in Saudi Arabia is limited and normally expats purchase private vehicles to move around in the city. There are few very important things you should always remember when maintaining a car in Saudi Arabia :

A few years ago, a Saudi guy hit a car belonging to expat from behind on King Fahd Highway in Riyadh and Saudi person did not have insurance. When the police arrived, they put the Saudi guy in jail.

Never drive your car without insurance in Saudi Arabia

A guy living in Dammam went for a long trip to Jeddah. Later when he went to renew his iqama he had fines over SR 6,000. He had quite a few number of speeding fines which doubled because he did not pay on time. It is important that you are careful in driving and follow the rules and speed limits. Also you should regularly check MOI site it have received any fines which you may not be aware. See How to check traffic violations online for more details. You can also register with Ministry of Interior to get updates on traffic violation, for more details see Registering with Ministry of Interior MOI for getting SMS for Saher traffic violation.

This incident happen in Riyadh,  where an expat when went out his house for morning prayer (4-5am) found his car missing. He immediately reported  it missing to the police station. A few hours later, police found the car in an accident scene. The expat would have been fined or even jailed if he had not reported it missing before the accident. Make it a habit to regularly check presence of your car regularly especially during holidays & weekends. 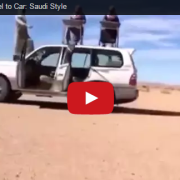 From Camel to Car - Saudi Style !

6 Ways Women Driving will impact You ! 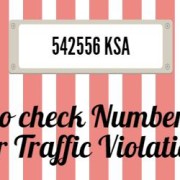 I have a Traffic Violation; how can I check the Number Plate? 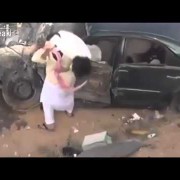 It’s so Hot in Saudi Arabia that…..
Scroll to top