The spokesman for Traffic department warned vehicle insurance rates will increase for those people who do minor traffic violations.

Colonel Tariq Rubaiaan, the media spokesman of the General Directorate of Traffic, warned that vehicle drivers, from committing minor errors may cause the denial of discounts for vehicle insurance against third parties in a system recently approved by SAMA. Discounts on insurance rates will now be linked to the insurance information database developed which record all the violation done by particular driver.

Colonel Rubaiaan explained that the error rate determined by an investigator incident, ranging from 25% to 100%, while 25 percent are decided in some cases of deviation and lack of caution, and lack of attention and not leaving enough distance between cars.

He added, according to the newspaper Madinah,  that the 50% ratio is determined in cases of deviation or equal intersection, as well as the lack of clarity in the event of moving from the site of the incident and the statements of the different parties.

For his part, spokesman for insurance companies Adel Al-Issa said that the requests filed on companies cover the costs of accident regardless of the error rate.

A clear picture how much the car  insurance will increase will emerge after the implementation of rules.

What is Azad Visa or Free Visa and where can I get one ? 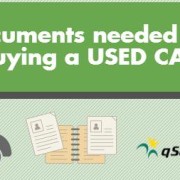 Women to issue to Fatwa in Saudi Arabia