Saudi Arabia is full of historical places, which are huge attraction for tourists. But in this article I am not including the two Holy places (Masjid Al-Haram and The Prophet’s Mosque) because these places are too obvious to visit when you are in Saudi Arabia, I’m including places which are not known to most of the tourists or people living in Saudi Arabia.

It is also called Al-Hijr or Hegra, is a pre-Islamic archaeological site. A majority of the vestiges date from the Nabatean kingdom (1st century AD).Traces of Lihyanite and Roman occupation before and after the Nabatean rule includes well-preserved remains from late antiquity, especially the 131 rock-cut monumental tombs, with their elaborately ornamented façades, of the Nabatean kingdom. It is situated 20 km north of the Al-`Ula town, 400 km north-west of Medina.

A row of tombs from the al-Khuraymat group, Mada’in Saleh.

The natural environment in the Asir region, providing a unique holiday combines modern, advanced achievements in build parks and excellent environment in which there are difficult between high mountains and steep slopes and deep valleys and thick forests and the shores of the atoll with the sources of water and the roots of certain types of plants that do not grow in this region and not birds of prey and many animals and monkeys the jackal, wolf, fox and three hundred species of birds. The park also offers trekking, camping sites, cable cars, and plenty of other outdoor activities in addition to interesting architecture and friendly people.

The Farasan Islands are a large coral-island group in the Red Sea, belonging to Saudi Arabia. They are a protected area and were home to the extinct Arabian gazelle and, in winter,migratory birds from Europe. It is located some 50 km off shore from Jizan, the far southwestern part of Saudi Arabia. 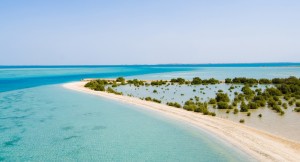 How to reduce electricity bills in KSA

Public Holidays in Saudi Arabia for 2014