News
You are here: Home / News / Hajj / News – Hajj Panel wants prices to be jacked up

Saudi Arabia: The Panel for Hajj and Umrah has spoken that they want the prices for Hajj packages to be increased then they originally are. Previously the Ministry of Hajj had announced the date and rates of Hajj this year but creating a margin between SR 3,000/- and SR 11,890/- as the minimum and maximum Hajj cost respectively.

The costs were divided this year on a basis of category system that had low, medium, top and supreme category. The panel has expressed that the statements released by the ministry have certain points included which were not discussed between the two organizations. The regulations discussed are different from those which both the parties agreed upon.

Due to which the Hajj Ministry has asked various Hajj sectors and committees to provide them with their viewpoints. The panel said that the points that the committee had brought forward were not included in the new rates announced. 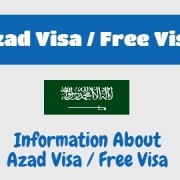 What is Azad Visa or Free Visa and where can I get one ?

No Canteen Facilities for students 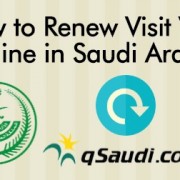 How to Renew Visit Visa Online in Saudi Arabia

Types of Saudi drivers you will find in KSA - Funny Video