News
You are here: Home / News / Iqama / Huroob / True Story : How I got Huroob removed?

Huroob is the act of Abscondment from the company. In easier terms this means that the employee has ran away from the company or that he hasn’t paid his sponsor on time. Huroob means that you have taken the matter to Jawazat and now the employee that has Huroob has nothing to do with the sponsor and he is not responsible for him.

In KSA, when expats get Huroob, it is almost impossible to get it back again, but we have gathered some tips that can tell you more about Huroob and how to get rid of it.

To remove the Huroob it is important that payment and fines have to be cleared out. For this you can refer to the post – How to make payment for Huroob removal?

Huroob cases are not easy to dissolve or work with. If the employee is caught then he has to serve some jail time before getting out of the country. Severe consequences follow deportation and the likes. But that too can be avoided as there is a way to avoid jail time and exit KSA with Huroob status. Thus it is wise that you check for Huroob and keep in track with the status of Huroob on you Iqama and find every possibility to remove the ban.

In this post, we would like to add a success story of one of qSaudi’s readers who successfully managed to remove Huroob status from his Iqama.

Our dear reader, Mr. Abdul Ghaffar has shared that he had taken the matter to the Supreme Court of Pakistan and Chief Justice a few months ago. They had contacted the Embassy of Pakistan in Riyadh and briefed them of the situation. The Embassy then contacted him to solve the case and know more about the issue at hand. They then provided a document which stated against the Kafeel who had placed the Huroob on the Iqama.

After which he visited the Amara Office and Police station a few days later and filed a report. The report was then submitted to Maktab-Al-Amal. After investigating on the issue they then contacted the Kafeel and asked him to pay the pay and return the passport to Mr. Abdul Ghaffar. The Huroob was then cancelled eventually.

If we have more readers who would like to share their success stories then we will be glad to add them on the blog for further information for other expats.

What is Huroob and how to get rid of it?

What is the procedure to make payment for Huroob removal?

Procedure for Applying for New Iqama for First Time Arrivals 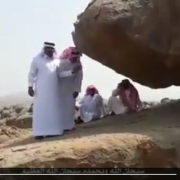 Muqeem Cards will be will be tough to forge