Even today most expats in Saudi Arabia are not fully informed about the laws of the land. Particularly when it comes to travel, Visa, Iqama Renewal etc most of us take things easily. However, even the smallest mistake can land you in prison with huge fines and deportation. Further, the details of many laws in Saudi Arabia are only available in Arabic. Thus, those unaware of the language remain ignorant of many of these regulations.

The best remedy is to be aware and that’s why QSaudi presents a simplified list of the most serious violations in Saudi Arabia.

A. Penalties Related to Iqama and Visa

You must apply for Iqama renewal before expiry. If you fail to renew before three days of expiry you will have to pay double Iqama fees.

For instructions on Iqama renewal read Guide to Iqama Renewal.

2. Not Reporting Loss of Iqama or Passport:

If you lose Iqama or passport report within 24 hours. Otherwise, you will be fined 2000 SAR. Read How to file Lost iqama Report.

3. Not Carrying Iqama Outside the House:

Always carry your Iqama where ever you go. If you fail to produce your Iqama during a security check, you can be fined 1000 SAR.

Never leave a  Saudi Visa unused. If there is a change of plans be sure to cancel the visa. However, if it expires, you have to pay a fine of 1000 SAR.

B. Penalties Related to Working Illegally

If you have dependents on your Iqama, do not allow them to work without a proper work permit. If caught, you have to pay a fine of 1000 SAR.

2. Working for a Different Employer or Working Independently

It is illegal to work for anyone else other than the employer who hired you and whose name appears on your work visa. If you work for someone else, or if you begin your own business illegally, the punishment is termination of Iqama and Deportation.

3. Working For a New Employer Before Being released by First One

Such a person who begins a new job without getting release and proper service transfer will face deportation and being banned from KSA for 2 Years.

4. Running Away From Employer

If you are having any problems with the employer, contact the labour department or your country’s embassy. Do not try to run away from your employer. If you run away, you will be arrested and deported.

If you are careless about the renewal of visa and the visa expires while you or your family are in the kingdom, that person is considered an over-stayer. Such persons will be fined and can even be imprisoned and deported. Moreover, the relative whom the visitor was visiting will have his/her Iqama cancelled and can even be deported.

2. Returning to Kingdom after Being Deported

When someone is deported from the kingdom for breaking the law, he/she is banned for a minimum number of years before being allowed to re-enter. If someone enters within the ban period, this is illegal. The punishment for the first instance is SAR 1000 fine and re-deportation. If someone repeats the attempt, he will be fined 2000SAR and 5 months imprisonment and re-deportation.

1. Helping Someone Get a Fake Iqama or Visa

The punishment for helping someone get a fake Iqama or Visa is SAR 10,000 fine and cancellation of Iqama along with Deportation and even possible imprisonment.

2. Providing Shelter to an Over-Stayer

Do not do the mistake of taking pity on an over-stayer and bringing them home. If you are caught providing shelter to a Hajj/Umrah pilgrim whose Visa has already expired, you will be fined 10,000 SAR, one-month imprisonment, cancellation of Iqama and deportation.

3. Providing Shelter to a Runaway Employee

If expats provide shelter to someone who has run away from his/her employer, the expat will face SAR 2000 fine, two weeks imprisonment and termination of Iqama. Surely, this is an unwise thing to do.

4. Helping someone to enter or leave Saudi Arabia Illegally

Sometimes someone can make you feel pity at their situation and ask you for help in entering or leaving Saudi Arabia. Never ever try to help someone who doesn’t have legal documents to do so. Undoubtedly, this will be considered “smuggling” or “human trafficking”. For this crime, expat will face fine of 5000 SAR and upto 5 months imprisonment.

1. Travelling Outside Makkah, Madinah and Jeddah While on Hajj or Umrah Visa

Be careful to travel only within the designated area for pilgrims if you do not have an Iqama. When on hajj/umrah visa you can only travel to Makkah, Madinah and Jeddah. Unfortunately, if you are caught violating this rule, you will face 10,000 SAR fine, imprisonment and deportation at your own expense. Also, this will land expat’s travel agent in trouble.

If expat indulges in transporting a Hajj/Umrah visa holder outside the permitted area for them, the expat can face SAR 10,000 fine. Additionally, there can be 1-3 months imprisonment and deportation.

Be careful when choosing customers if you are a taxi/uber driver in Saudi Arabia. Sadly, if you are caught with illegal residents in your car who don’t have valid visa/ iqama, you will face fine of 10,000 SAR. Expats can face one month imprisonment also.

When expats are transporting pilgrims in their vehicle they must check their visa. Unfortunately, if you are caught carrying a pilgrim whose visa has expired, you will be fined 10,000SAR. Expats can face one month imprisonment in addition to your vehicle being seized.

In Saudi Arabia it is compulsory to have “pilgrimage licence” to perform hajj. Despite that, some expats in Saudi Arabia indulge in transporting illegal pilgrims for hajj through unknown routes. These pilgrims do not have the legal permission to perform hajj. In such a situation expat can be fined SAR 2000 minimum and it will increase based on the number of people.

Finally, we hope now you have an idea of how serious it is to break the law in Saudi Arabia. Please follow the rules and stay safe.

Moreover, if you are an expat businessman in Saudi Arabia, do read our detailed article on MOI regulations related to hiring employees here. 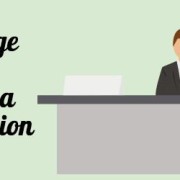 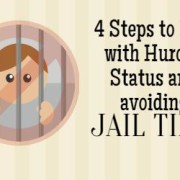 True Story : How I got Huroob removed?

How to Avoid Most Common Visa Violations in Saudi Arabia- Saudi Visa Penalty-...

How Expats Can Apply for Ownership/ Transfer of 7 Seater Car in Saudi Arabia-...
Scroll to top