Saudi Arabia: 15 killed in blast inside mosque in the province of Asir.
It has been reported that 12 security officers of Special Weapons and Tactics (SWAT) unit and three workers from compound were killed, while 7 were injured in suicide bombing in a mosque during the Duhr prayer (Afternoon prayer)
The blast occurred when a suicide bomber had detonated the bomb that was attached with an explosive belt inside a mosque. Security forces were immediately sent down for emergency help and transport the victims of the bombings.
The ISIL has taken responsibility of the attack and further on-site investigations are still being followed up. This is said to be the largest attack made in Saudi Arabia that is considered to be ISIL propaganda against peace in the country, it is a terrorist act that has shook the nation. It was by far the most serious attack that is also connected to the previous bombings on successive Fridays in May that have been blamed on ISIL group, against the Saudi security forces. 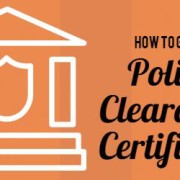 Getting a Police Clearance Certificate

What is Jawazat ? Where is it located ?

MERS Coronavirus - Information you Should know !

True Experience: How I got Visit Visa from Istiqdam after getting Rejected 3 times Online

Kneading dough on the floor at Tazaj, Jeddah – Video